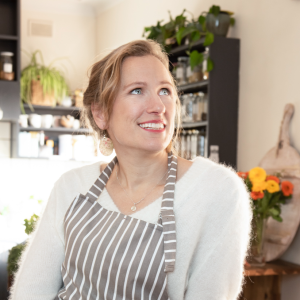 In 2012 Freyja Tasci of Apiwraps discovered a traditional product and made it new again! Beeswax wraps are the latest and greatest thing for Zero Waste kitchens right? We want to know who invented beeswax wraps! They’ve been around for ages though – just under another name!
Beeswax wraps were invented  in the middle ages. They continued to be used throughout the colonial era in waterproofing precious items aboard ships as well as for wet weather gear and sails. Wrapping things on the road in waxed cotton, or oilskin as it would’ve been known  then, is a traditional way to keep things wrapped up safe and waterproof.

It was while I was studying colonial poetry for my degree in literature that I started reading about oilskin. At the time I had a baby and a toddler at home and I was finishing my degree in literature, I was struggling with learning how to keep house and raise small children and the idea of wrapping food in oilskin in the fridge just stuck in my mind I couldn’t let it go. Knowing that it was waterproof that it could breathe and that my veggies in the fridge were getting all wilted and dried out without plastic wrapping just made sense.

how to make oilskin something we can use?

I was on a mission after that tracking down how I could buy oilskin! I could only find  bags and jackets online and no actual length of oilskin fabric. So having a few pieces of beeswax handy I decided “if a colonial housewife could make it I can!”
It was a very messy few months while I trial and error-ed my way through that process. I discovered the wonderful properties of pine tree resin. I began testing different types of oil as I refined and perfected the beeswax compound that we now use for a Apiwraps. Every batch of beeswax is different and requires careful testing to perfect the compound. The flowers that the bees had been visiting that season and in that area effect how brittle the wax is. We buy all of our beeswax from small scale producers in NSW. Great quality beeswax is an essential part of what makes Apiwraps work so well and maintain so long.

introducing apiwraps to the world!

The amazing thing was that even the prototypes worked so well! It really does keep fruit and vegetables so much longer. When I first started making it I thought that it would last for a few months and that would be great. After using them and giving them to friends and family I realised they were lasting much longer. Because of the popularity amongst my friends I started making them to sell at the local markets in Byron Bay Shire. Suddenly I was mobbed every weekend as I convinced more and more people to try it and see how it goes.
People would stop in the middle of the path seeing me take an Apiwrap off a bowl and put it back on again. They would literally stop in their tracks, mouth open, saying ‘what on earth is that?!’  It was great fun!
For the last seven years at Apiwraps we have been doubling in production every year. We now have a big warehouse and forklift and machinery and we produce an awful lot. It’s so rewarding knowing that we’re making a difference to so many kitchens. At Apiwraps we can’t tell you who invented beeswax wraps; but we can tell you who reinvented them and introduced them to our modern kitchens!
We’ve never forgotten our origins, so we’ve made our subscription club the most affordable way to start using beeswax wraps. At $9 a month it’s actually cheaper than making your own! And you can skip the mess! 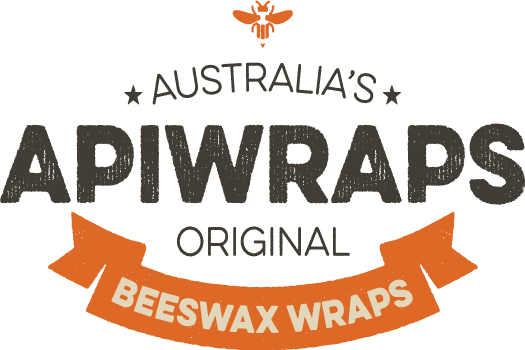